Mrs Angie Johnson visitted our school on 13/3/2012 afternoon.
We learned so much from her. At the same time, it was really fun!
General Info about Mrs Johnson

• She is the only clinician chosen from the United States to work with choirs from 15 Singapore schools.

• She has been with Young Naperville Singers for 13 years

• This is her fifth year as Artistic Director for the youth choral organization founded in Naperville in 1984.

• She oversees the music education, artistic programming and visionary leadership.

• Under her tenure, YNS has grown to over 320 singers (ages 6–18) in eight choirs, including the Young Fox Valley Singers and an artistic staff of nine directors and accompanists.

• Prior to working at YNS, Johnson was the music teacher at Gregory Middle School, in Naperville, IL, for seven years.

• She received the honor of “Most Influential Educator” by the Indian Prairie Educational Foundation.
Objectives of the Choral Clinic

• “To help prepare our local choirs for this central judging, we decided to look for a clinician that was skilled in the expertise of educating and motivating children of primary level in choral singing,”

• “We are confident that the children will benefit greatly from Mrs. Johnson's vast experience and knowledge in working with young choristers, and that the workshops will help bring their choral singing to a new level and motivate them to perform at their best during the festival!”
----Quee Ming Seah, Director of Events for SourceWerkz

Here are the group photos: 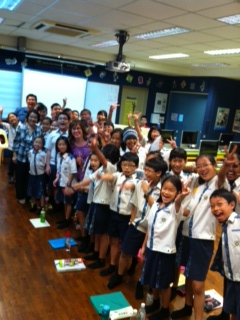 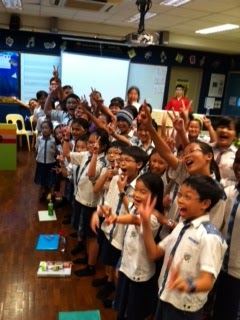 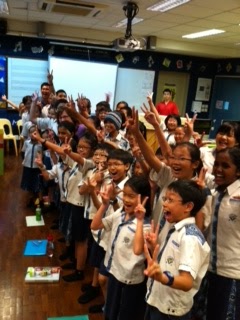